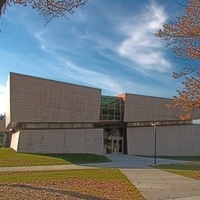 National Museum of Health and Medicine

The National Museum of Health and Medicine was established during the Civil War as the Army Medical Museum, a center for the collection of specimens for research in military medicine and surgery. In 1862, Surgeon General William Hammond directed medical officers in the field to collect "specimens of morbid anatomy together with projectiles and foreign bodies removed" and to forward them to the newly founded museum for study. The Museum's first curator, John Brinton, visited mid-Atlantic battlefields and solicited contributions from doctors throughout the Union Army. During and after the war, Museum staff took pictures of wounded soldiers showing effects of gunshot wounds as well as results of amputations and other surgical procedures. The information collected was compiled into six volumes of The Medical and Surgical History of the War of the Rebellion, published between 1870 and 1883.

Techniques of Medical Illustration at the...