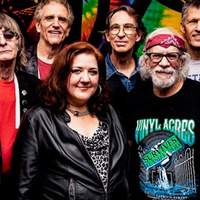 What would music be without 1960s rock? A world without the influence of The Beatles, The Rolling Stones, The Kinks, Creedence Clearwater Revival, Bob Dylan, The Byrds, and The Yardbirds is one we don’t want to live in! Bethesda’s “hometown band,” The VI-Kings, present the great music that shaped a generation of fans and changed popular music forever, bringing to the stage the infectious spirit of this special era of British Invasion/American pop. Come sing along to some of your favorite songs of the ’60s including “Jumping Jack Flash,” “Mr. Tambourine Man,” “Chain of Fools,” and many more!