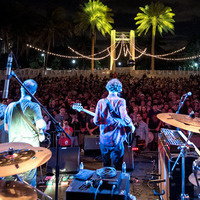 One of the most popular, virtuosic, and influential bands of the current instrumental-music renaissance, Snarky Puppy is not exactly a jazz band, it’s not a fusion band, and it’s not a jam band. It’s probably best to “take them for what they are, rather than judge them for what they’re not” (The New York Times). The funky, jazz-based collective of more than 25 musicians comes to Strathmore on the heels of their latest release, Immigrance. Band founder Michael League says this raw, globally-minded record is all about movement and the idea “that everything is fluid, that everything is always moving, and that we’re all in a constant state of immigration.”

Jazz vocalist Alina Engibaryan opens for Snarky Puppy, bringing her intimate, passionate voice to the States after establishing her prowess in the European Jazz Scene. Engibaryan’s improvisational mastery and audacious attitude are an experience not to be missed.