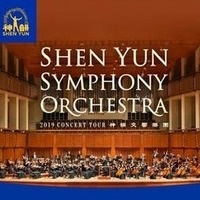 The New York-based Shen Yun Symphony Orchestra was formed in response to the many theatergoers who longed to hear the music of Shen Yun—the phenomenally successful dance production—in concert form. Since debuting at Carnegie Hall in 2012, it has performed to great acclaim worldwide.