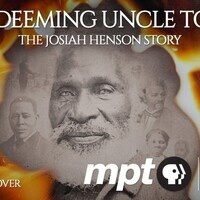 The documentary retells the extraordinary life of Josiah Henson, a dynamic man with unyielding principles, who overcame incredible odds to escape from slavery with his wife and children. His life inspired the lead character of ‘Uncle Tom’ in Harriet Beecher Stowe’s 1852 classic novel which has been recognized as one of the sparks that ignited the Civil War. Following the screening, a live Q&A with Montgomery Parks staff will provide more details on Josiah Henson, and the Josiah Henson Museum & Park which is set to open this year.

This features a rebroadcast of a film previously shown on PBS, “Redeeming Uncle Tom: The Josiah Henson Story” shedding light on the trials and triumphs of Reverend Josiah Henson.