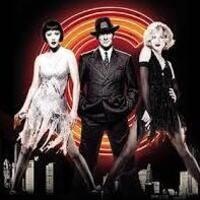 Join us and sing along to the satire about crime, greed, and sex from the creators of Cabaret. As anyone who watched the Fosse/Verdon series on FX knows, Chicago was a passion project for Gwen Verdon and Bob Fosse who re-teamed with Kander and Ebb to create the musical. Though the original met with mixed reviews on Broadway, the 1996 revival was a hit that is still running. Its success spawned this star-studded 2002 film directed by Rob Marshall and was the recipient of six Oscars including Best Picture.