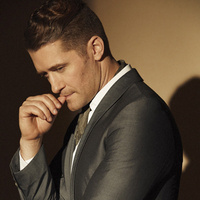 Two of Broadway’s brightest stars—Matthew Morrison and Shoshana Bean—come together in an inspired pairing to headline Strathmore’s Annual Spring Gala. Tony-nominee Morrison has been lighting up Broadway stages since his turn as Link Larkin in the original cast of Hairspray and Glee fans will be ecstatic to see glee club director Will Schuester live in concert.

Bean came to prominence when she took over the iconic role of Elphaba in the original Broadway production of Wicked from Idina Menzel. Now Bean is headed back to the Great White Way playing the role of Jenna in Waitress.

With a program of Broadway’s most beloved songs and American songbook standards, Morrison and Bean’s collaboration is sure to thrill audiences—all in support of Strathmore’s nearly 350 annual programs that nurture talent and ignite creativity in our community.