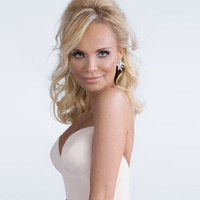 This Tony and Emmy Award-winning actress and singer delights audiences in every show and role, from film and television to voiceover and stage. We fell in love with her as Sally in You’re a Good Man, Charlie Brown, Glinda in Wicked, and in fabulous roles on West Wing, Glee, and Pushing Daisies, but it’s Chenoweth’s gorgeous jazz standards, gospel songs, and opera works that fill concert halls with her loyal fans time and again. She will perform from her latest release of American Songbook classics, The Art of Elegance, which debuted at #1 on Billboard’s Current Jazz and Traditional Jazz charts, and #1 on Amazon’s Vocal Pop chart in 2016.