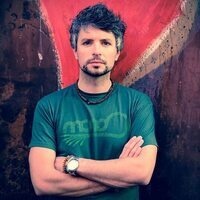 Award-winning Dungannon piper Jarlath Henderson is a Northern Irish folk musician, best known as a Uilleann piper and singer who also plays the guitar and flute. The youngest winner of the BBC Radio 2 Young Folk Award, Jarlath was featured on the soundtrack of the Disney/Pixar’s hit film Brave.

“A benchmark for a new generation.” - Scotland on Sunday

“Henderson’s pipes and whistles liberally colour the music. But the dressing is clear, fresh and very much of today.” – Walker Words

“In a soundscape of guitar, sound effects and synths, Jarlath’s voice is clear as a bell for the flawless vocal.” – Folk Radio