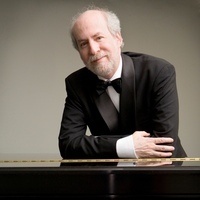 Composer and pianist Haskell Small performs an informal one-hour concert of original compositions including Haunted Child as part of Washington Conservatory's Casual Concerts at Glen Echo Park. Hailed by England's Musical Times for his "dazzlingly prodigious technique" and praised for his "rich imagination" Small has concertized in major European capitals, South America, Japan and China, and has been enthusiastically received by American audiences in such venues as Carnegie Hall, the Kennedy Center, and the Spoleto Festival.

Admission by donation for the artist at the door.

Free parking in the large lot off of MacArthur Blvd. Proceed to Washington Conservatory of Music at the far end of the South Arcade building (near The Irish Inn).