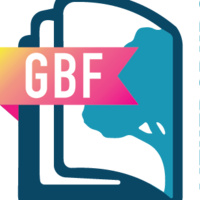 The Gaithersburg Book Festival is a celebration of the written word and its power to enrich the human experience. Our mission is to foster an interest in reading, writing and literary conversation.

Since its inception in 2010, the Festival has quickly become one of the nation’s top literary events, attracting hundreds of award-winning and best-selling authors, poets and songwriters from across the country to its beautiful park setting.

The event was conceived and introduced by Gaithersburg Mayor (then council member) Jud Ashman, with the support of the Mayor and City Council and the Cultural Arts Advisory Committee. The Festival is produced by a core committee comprised of city staff and a dedicated group of volunteers who donate their time and talent.

Funded in part by generous sponsors and supported by the City of Gaithersburg, the Festival offers programming for all ages, is free to attend and is open to everyone.

Sunday Morning Kids at 11 am, LIVE with Adam Gidwitz – “Unicorn Rescue Society #5: The Madre de Aguas of Cuba.”  In Cuba, it is believed that a mysterious water serpent–the Madre de aguas–is responsible for providing and protecting the fresh water of the island. But the serpent is missing, and a drought has gripped the island. Uchenna, Elliot, and Professor Fauna fly to Cuba and endeavor to rescue the Madre de aguas.

TGIF LIVE! at 5:30 with Ruth Marcus – “Supreme Ambition: Brett Kavanaugh and the Conservative Takeover.” The Republicans began plotting their takeover of the Supreme Court thirty years ago. Brett Kavanaugh set his sights on the court right out of law school. Washington Post journalist and legal expert Ruth Marcus goes behind the scenes to document the inside story of how their supreme ambition triumphed. In conversation with author of  “OPPO, A Novel,” Tom Rosenstiel

Saturday Night Premiere at 7 pm with Sarah Pekkanen – “You Are Not Alone” and Kate White – “Have You Seen Me?: A Novel of Suspense.” Hear tales of one woman’s dangerous quest to recover lost memories someone would rather she never find, and of another woman who would die for her glamorous friends to like her. In conversation with historical fiction novelist Karin Tanabe.

Sunday Morning Kids at 11 am, LIVE with Tom Angleberger– “Didi Dodo Future Spy: Double-O Dodo #3.”  Koko Dodo the cookie chef has a big problem. Today is the day of the royal cookie contest, and someone has stolen his top-secret fudge sauce! Luckily, a spy enters the scene just in time (or rather, crashes in on her roller skates): Didi Dodo!

This is an interactive live presentation. Pre-registration required. Limit 50 participants. Also available for general viewing on the GBF YouTube channel. Registration to join Tom will be available here on May 16.

TGIF LIVE! at 5:30 pm with Casey Cep  – “Furious Hours: Murder, Fraud and the Last Trial of Harper Lee.” Furious Hours tells the true story of murder, revenge, and courtroom drama. Beloved writer Harper Lee spent years working on telling the story. Now Casey Cep brings this story to life, from the shocking murders to the courtroom drama to the racial politics of the Deep South. In conversation with author Eugene L. Meyer

Saturday Night Premiere at 7 pm with George Zaidan– “Ingredients: The Strange Chemistry of What We Put in Us and on Us.” Cheese puffs. Coffee. Sunscreen. Vapes. George Zaidan, an MIT-trained chemist who co-hosted CNBC’s hit Make Me a Millionaire Inventor and TED-Ed viral video star, reveals what will kill you, what won’t, and why—explained with high-octane hilarity, hysterical hijinks, and other things that don’t begin with the letter H. (*Date Tentative)

Sunday Morning Kids at 11 am, LIVE with Linda Sue Park – “Prairie Lotus.” Hannah is a young half-Asian girl, living in a small town in America’s heartland in 1880. Her adjustment to her new surroundings, which primarily means negotiating the townspeople’s almost unanimous prejudice against Asians, is at the heart of her story.

TGIF LIVE! at 5:30 pm with Meg Waite Clayton – “The Last Train to London” and Alex George – “The Paris Hours.” Two best-selling authors discuss historical novels. The Kindertransports carried thousands of children out of Nazi-occupied Europe—and one brave woman helped them escape. Paris, between the wars, was home to dazzling creativity. Four ordinary people whose stories, told together, are as extraordinary as the glorious city they inhabit. In conversation with author of “Salt the Snow,” Carrie Callaghan

Saturday Night Premiere at 7 pm with EJ Dionne – “Code Red: How Progressives and Moderates Can Unite to Save Our Country.” New York Times bestselling author and Washington Post columnist EJ Dionne sounds the alarm in Code Red, calling for an alliance between progressives and moderates to seize the moment and restore hope to America’s future for the 2020 presidential election. (*Date Tentative)

Sunday Morning Kids at 11 am with Juana Medina – “Juana and Lucas: Big Problemas.” When her mami meets someone new, Juana worries that everything will change in a humorous, heartwarming follow-up to the Pura Belpré Award–winning Juana & Lucas. Based on author-illustrator Juana Medina’s own childhood in Colombia, this joyful series is sure to resonate with readers of all ages. (*Date Tentative)

vGBF Closing Program at 3pm: Maria Russo – “How to Raise a Reader.” An indispensable guide to welcoming children—from babies to teens—to a lifelong love of reading. In conversation with Kathie Weinberg