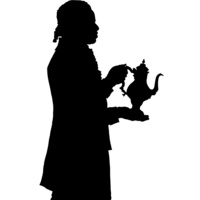 Family Ties to Freedom: A Discussion with Descendants

Many Americans know that George Washington freed his slaves in his will, but fewer know that more than half of those enslaved at Mount Vernon were actually owned by Martha Washington and remained in bondage. After Martha’s death in 1802, these slaves were dispersed to her grandchildren.

However her grandson George Washington Parke Custis–builder of the iconic mansion above Arlington Cemetery–freed a number of women and children with the help of Quaker friends in Alexandria. One such person was Robert Henry Robinson, grandson of the Washington’s housemaid Caroline Branham, whom Robert H. Miller helped to free in 1846.

Remarkably the descendants of both Robinson and Miller have ties to Sandy Spring. Zunny Matema, a descendant of Robinson, and Tom Farquhar, a descendant of the Miller family, will be led in a discussion by historian Cassandra Good. You are invited to listen, share family stories – written or passed along through generations – and learn from this remarkable slice of local history that intersected with people and issues of national importance.