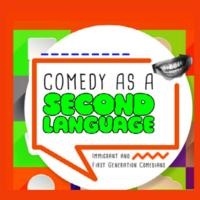 Comedy as a Second Language

Join us for audience interaction and lots of fun with our comics as they share stories and jokes of their lives in a new country, immigrant parents' struggles, identity crisis, and more!

Tickets are Pay what you can

Pay what you can