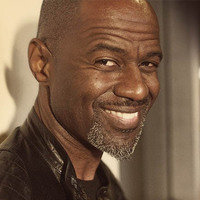 Brian McKnight has been serenading fans with his silky, sensual R&B for nearly 30 years. With over 30 million albums sold worldwide, this iconic performer’s chart-topping hits include “Back to One,” “6, 8, 12,” “Anytime,” and many more. He’s taken home Soul Train Awards, American Music Awards, and 16 Grammy nominations. The multitalented McKnight is also a producer and multi-instrumentalist who plays nine instruments including piano, guitar, bass, drums, percussions, trombone, tuba, flugelhorn, and trumpet. He’s found success from television to the stage, including a starring role in the Broadway production of Chicago. There is nothing this superstar can’t do!