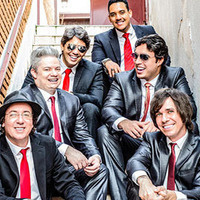 Brazil-based Blues Beatles remix the fab four’s timeless tunes with traditional blues arrangements. Led by the unique, soulful voice of Marco Viana, the Blues Beatles first gained steam reworking “Ticket To Ride” which showcased their authentic energy and musicianship. The Beatles are widely known for shaping modern rock ’n’ roll, but the lads from Liverpool were originally influenced by American blues musicians and many Beatles tunes use the 12-bar blues chord progression. By highlighting the blues bones of songs like “Love Me Do,” “Can’t Buy Me Love,” and “A Hard Day’s Night,” the Blues Beatles will have you feeling blue in the best possible way!