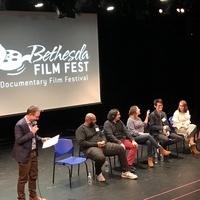 The 7th annual Bethesda Film Fest will feature five short documentaries made by local filmmakers on Friday and Saturday, April 5-6, 2019.  Screenings will be held at 7pm on April 5th and at 6pm and 8pm on April 6th at Imagination Stage in downtown Bethesda. The Bethesda Film Fest is produced by the Bethesda Arts & Entertainment District.

The films selected for the 2019 festival include:

The evening will include a discussion with the filmmakers after each screening. Tickets are available at www.bethesda.org for $10. Remaining tickets will be sold at the door.