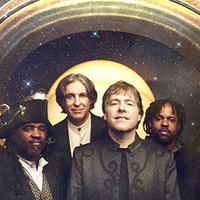 In 1988, groundbreaking banjoist Béla Fleck was asked to put together his “dream band” for the Lonesome Pine Specials television series. The Flecktones premiered then, and a year later launched their first official tour. Over the next 30 years, The Flecktones would achieve overwhelming critical acclaim, praised for their prodigious improvisatory skills and genre-bending meld of bluegrass, jazz, rock, and more. In celebration of the band’s 30th anniversary, Fleck has reunited the original lineup for a very special tour. Pianist/harmonica player Howard Levy is back in the fold along with bassist Victor Wooten, and percussionist/drumitarist Roy “Futureman” Wooten.