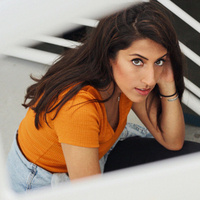 Washington, DC native singer-songwriter Anjali Taneja strives to reintroduce soul music in an accessible and contemporary way by exploring intersections among urban sounds, old-school R&B melodies, and Indian ragas. Influenced in equal parts by Sam Cooke and Ravi Shankar, Taneja believes in the power of the Indian Classical tradition to sonically transform contemporary music styles. Having trained in Indian classical and Sufi music from a young age, her goal as an artist is to fuse R&B and pop music with Bollywood rhythms to bring the sounds of her heritage to a wider audience.