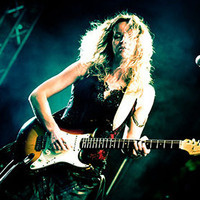 Called “one helluva a guitar player” by Bruce Springsteen and nominated for six Blues Music Awards, Popovic is an inspiring musical sensation. Her new record, Like it On Top, was recorded in Nashville and produced by the legendary Keb’ Mo’. The album celebrates empowered female role models, and it’s no doubt Popovich is one. Born in Serbia, her love of the blues lured her to America where she shared the stage with masters like B.B. King and Jeff Beck. Fans worship Popovich’s fierce licks and undeniable talent, propelling almost every one of her records to the top of the Billboard Blues charts.