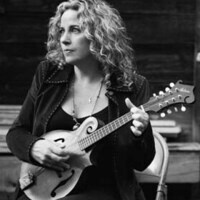 Although Amy Helm just released her second solo record, she is a veteran musician who proudly carries the torch of her family legacy. Helm was a founding member of alt-country collective Ollabelle and she served as a backing musician in her father Levon’s Midnight Ramble Band. On her latest work, This Too Shall Shine, Helm and Grammy-winning producer and songwriter Joe Henry arranged a diverse collection of songs that includes originals in addition to covers like Rod Stewart’s “Mandolin Wind” and Allen Toussaint’s “Freedom for the Stallion.” Her voice resonates with a sort of spiritual mysticism, saving souls through bluesy riffs and four-part harmonies.