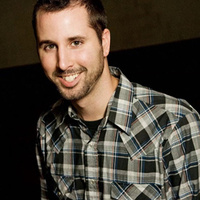 Matt Bergman has been honing his comedy craft since he was in college pursuing a degree in criminal justice. After graduating, he realized he was afraid of criminals and decided stand-up comedy was the way to go. It was a wise move. Bergman is easily relatable and versatile, a skillset that has opened the door to collaborations with comedians like Mike Birbiglia and Bruce Bruce. Bergman’s debut album, A Little Bit Balder Now, rose to no. 15 on the iTunes comedy charts, and he subsequently scored appearances on AXS TV’s Live at Gotham and the Comedy Central Live Tour.

Baltimore-based comedian Josh Kuderna opens the show, sharing his stories, observations, and improvised moments. You may know Kuderna as host of the award-winning comedy podcast, The Digression Sessions, or perhaps you’ve caught one of his sets at local comedy haunts like the DC Improv or Arlington Drafthouse.