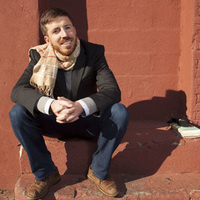 Joe Zimmerman got his start as a member of the Southern stand-up group The Beards of Comedy. Although his beard has been kept in check, his career has just kept growing. BuzzFeed described this West Virginia native’s “calming vocalization and inventive writing” as a “thing of magic.” Paste Magazine called him one of “10 Great Comics from the South.” We call him hilarious! You may have seen Zimmerman open for Brian Regan or Ricky Gervais. Or you may have caught his sets on Conan, The Late Late Show, or The Tonight Show. Don’t miss Zimmerman as he headlines AMP’s first comedy night of 2019!