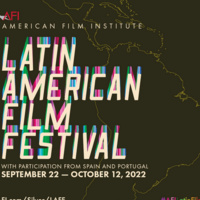 Now in its 33rd year, the AFI Latin American Film Festival is one of North America's largest and longest-running showcases of Latin American cinema. With the inclusion of films from Spain and Portugal, the festival celebrates Ibero-American cultural connections during National Hispanic Heritage Month.